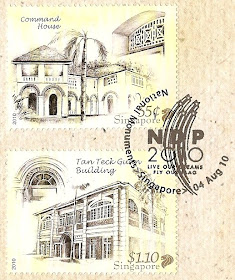 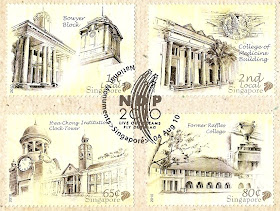 A Celebration of Architectural Link between the Past and the Present

Since 09 August 1965, Singapore has enjoyed economic prosperity and growth through the years.
Amidst such successes, the country has not forgotten the importance to preserve our unique historical past and multicultural heritage. 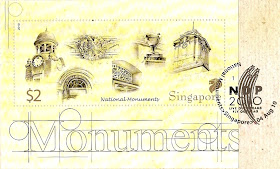 As this is a National Day stamp issue, the NDP 2010 Logo will be featured as the datestamp. 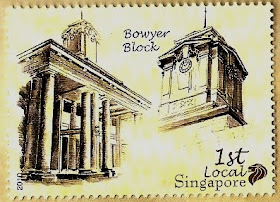 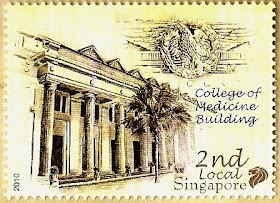 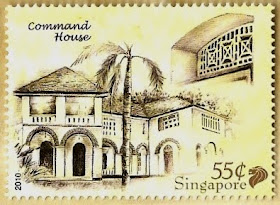 Command House (55¢ stamp)
The Command House, built in the 1930s, served as the official residence of 16 successive General Officers commanding Malaya and Singapore (1938-1971). Following the withdrawal of the British military from Singapore, the House served as the official residence of the Speaker of Parliament (1971-1989) and as a venue for State Functions (1993-1998). In 2007 it became the UBS Wealth Management Campus. 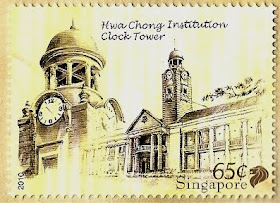 Chinese High School Clock Tower (65¢ stamp)
The Chinese High School Clock Tower (now known as Hwa Chong Institution Clock Tower) was completed in 1925. It was also used by the British forces as an artillery observation post in the Second World War. Today, the clock tower marks the significance of the institution as the first Chinese-medium secondary school to be built in Southeast Asia by its founder, Mr Tan Kah Kee. 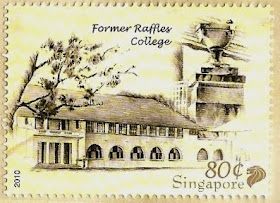 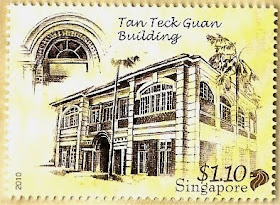 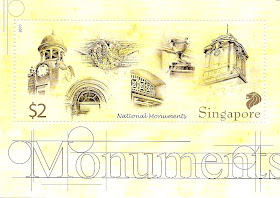